For the second consecutive year, BLW UK Zone 2 stirred up ‘An Atmosphere For Miracles’ at the popular ExCel London. The lame walked, the deaf heard the blind saw, 60 years of deafness healed, aftermaths of stroke reversed, many receive new origin, purpose and future and many received salvation. 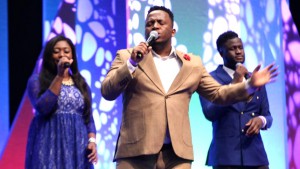 Music minister, Eben, leads the congregants in worship to God.

Numerous remarkable testimonies were recorded on the day, including that of a former army general who had vascular dementia and stroke in 2014, which confined him to a wheelchair. After watching the ‘Do You Believe in Miracles?’ video, he stood up and took steps for the first time since the stroke.

Also, a 71-year old English gentleman, who expressed gratitude for the opportunity to receive salvation during the altar call, discovered that he could hear in his left ear after the batteries in his hearing aid stopped working; he had been using the hearing aid for 60 years. A 22-year-old, Chris, gloriously received his sight, having been blind due to side effects of a drug to treat an autoimmune condition. 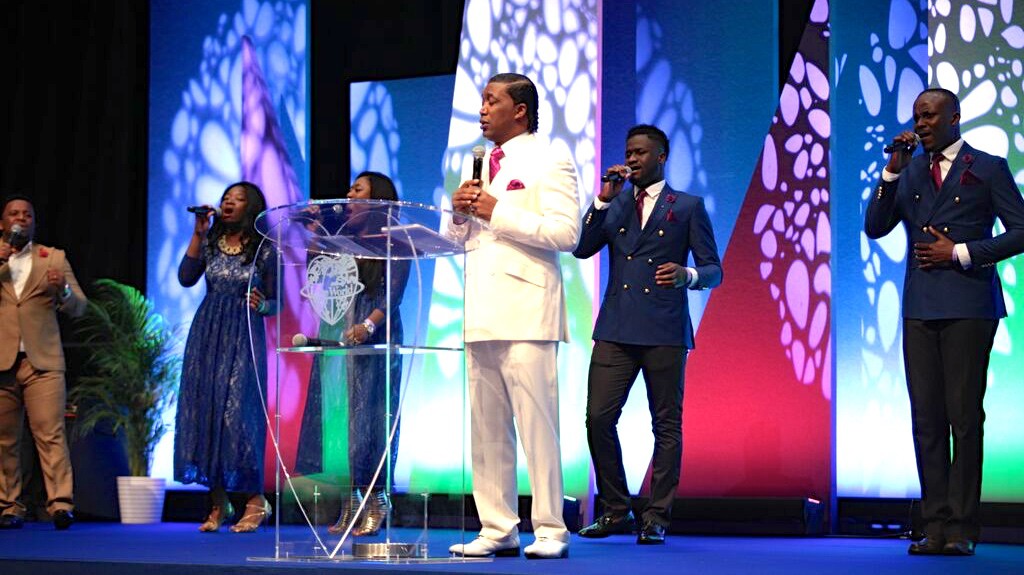 The Zonal Pastor, Pastor Uche Onubogu, shared passionately on ‘Our Origin, Our Purpose and Our Future’, culled from the Global Service with the man of God, Rev. (Dr.) Chris Oyakhilome. After elucidating on the true identity of Jesus, several rushed to the altar to proclaim Him Lord of their lives.

Thousands of people travelled from all over the United Kingdom and Europe to be part of this triumphant display of God’s grace and saving power. During the notable event 2,500 free copies of the ‘Do You Believe in Miracles?’ video was distributed to guests in attendance.